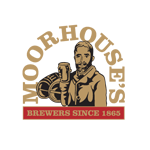 I have been brewing for about twelve years.

I have a passion for beer and I decided to study for this at the Heriot Watt University to gain a degree in brewing. I have worked at Jennings and Holts breweries. I think most people have home brewed at some point in their life and I am no different!

I have a passion for beer and I could think of doing nothing else but be a brewer.

Moorhouses brewery is based in Burnley

Moorhouses brews quality beers and takes great care in the brewing of its beers, combining traditional brewing methods with a state of the art brewing facility.

When creating our beers we will sit round the table and discuss ideas as a team. Charles Faram hop merchants come and visit us with various new hops which we will select for our seasonal beers for the coming year.

People are attracted to our beers because of the consistent high quality and that they all taste great.

Blond Witch and White Witch are stand out beers in our range but a lot of it comes down to personal taste.

We brewed Once In A Preston Guild with the beer critic Melissa Cole.

Landlord, Tetley’s Bitter and White Witch would have to stand out as great beers.

I plan to stay in the brewing industry producing great beers.

How would you describe the brewing industry in the uk?

CAMRA and SIBA do a great job of flying the flag for English beers and promoting its rich diversity.

As regards news please watch out for our next seasonal beer range it’s coming your way soon!